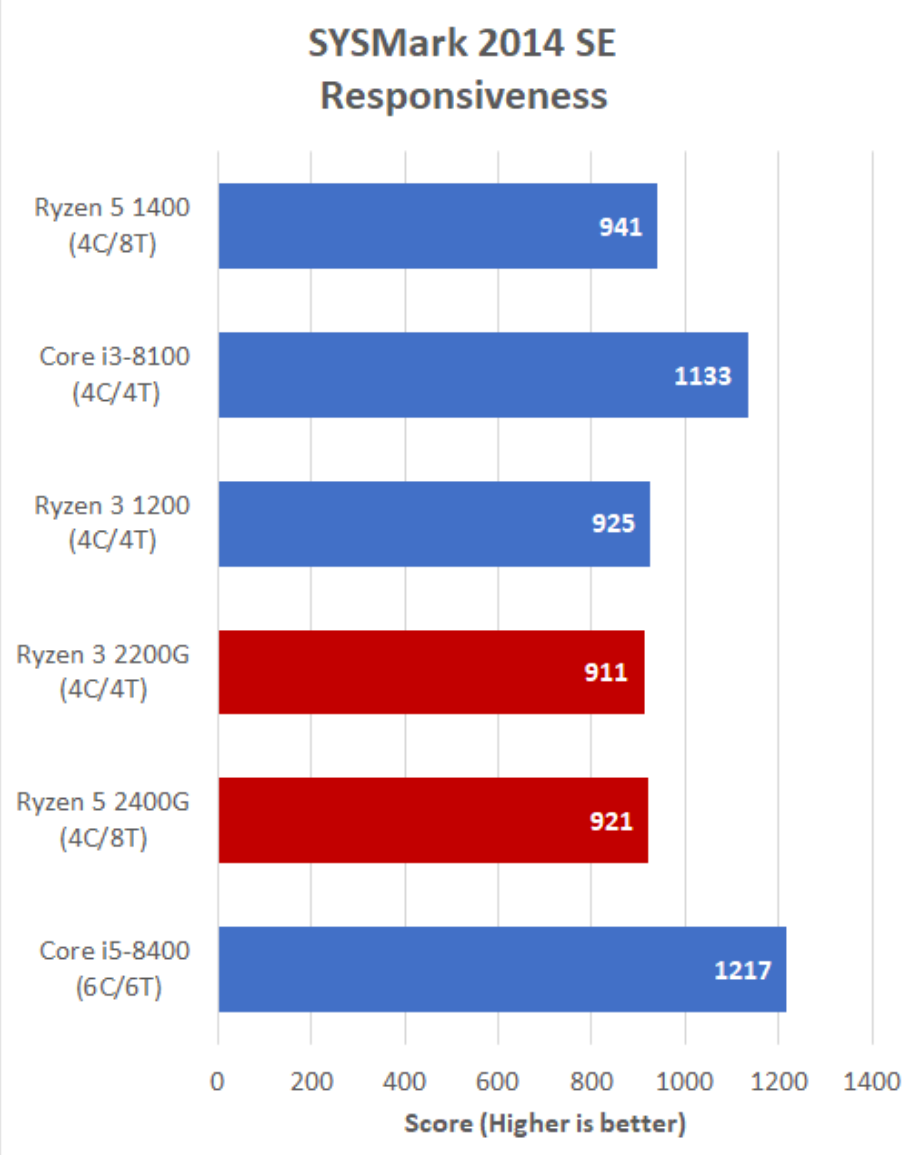 According to PC Perspective, “In the overall score the Ryzen 5 2400G is slower than the Core i3-8100 despite having double the thread count. SYSmark continues to put a heavey emphasis on the responsive sub-set and score, and that in turn is very susceptible to clock frequency jumps and changes. In all of the tests, the 2400G outperforms the Ryzen 5 1400, and the 2200G does the same against the Ryzen 3 1200. That’s a good sign – and indicates that AMD is improving the Ryzen platform with higher clocks and a better Precision Boost 2 implementation.”